Two young girls stood behind the door to the old apartment for rent. It was not a usual deal. This apartment was very special, and anyone could rent it for several hours or the whole night. Once, this apartment with one room and small bathroom belonged to a very righteous old lady with a bad temper and disgust for all human emotions.  She lived so long without her husband that she forgot how to live. One day, she just forgot how to breathe. She did not have children, and nobody cared about her presence in this world, till she was pronounced dead. 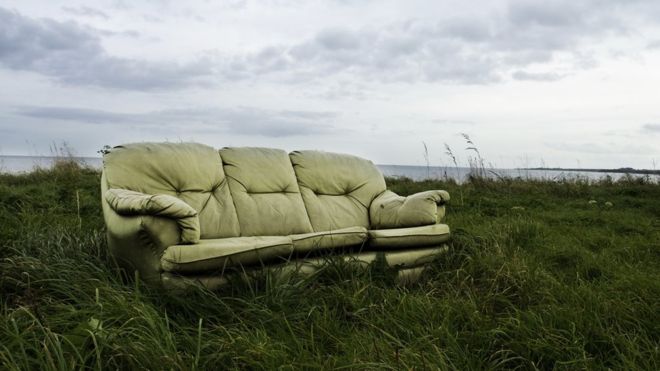 Tired, a skinny woman with the signs of alcohol all over her face opened the door and ask them to come in.

“Please, don’t be shy,” she winked at the quite long-haired girl, which stood behind her taller friend in a dark leather jacket. “My name is Yulia. Come here, make yourself at home.”

“We want to take it for two hours,” answered the tall beautiful girl with a boyish haircut.

The woman stared at both of them for a moment, then signed something in her small book, and with a neutral tone said, “That’s OK for me. It will cost you 100 hryvnias per hour. I need to take one of your passports as a guarantee, and money.”

“Deal.” Leather jacket already found the money in one of her numerous pockets and gave it to the woman. “What if I give you my passport? We are from another city,” she looked at her girlfriend nervously and quickly gave her passport. “We just need to have some rest before the long trip back home.”

The woman threw a long and untrusting look on both, and with a tired shrug took the money and the passport.

“I will be in at 10 a.m., take your time. Don’t smoke in the room. You can use the balcony if you need,” she then turned around and walked away.

Tall girl checked the door and came closely to her friend:

“Are you sure you want to try this?” she kissed her tenderly.

Yulia stood in the middle of the room. Happy girls, hand-in-hand, left the apartment, wishing her the best day she’s ever had. She never thought about all the people she welcomed in the apartment. Here, in Ukraine, many things were forbidden, and many people were judged for their lifestyles. She wasn’t one of the judges, not because she wanted to help all the poor hearts to unite, but because she desperately wanted a few bottles of vodka. Money made all her moral principles shut up.

Yulia looked at the room, which was as clean, as she left her two hours ago. The big sofa was opened and Yulia took away old sheets and threw them into washing machine in a tiny kitchen. She had to hurry up; next guests will come in 30 minutes. She looked at the old TV set, it didn’t work for several months, but her guests never complained. Once she even asked if they liked the quality of TV, and received a positive answer.

“Excuse me, but can you prove that it is your apartment?”

Two men were standing near her, and Yulia felt herself uncomfortable. If they will want to kill her, there will not be any witnesses.

“We just want to be sure that nobody will not come at night, and will not send us and our ladies away.” Yulia turned her head to the ladies in the fishnet stockings, bright red lipsticks, high heel boots and cheap small skirts and decided that she will need to throw away the sofa after their visit.

“Yes, I am the owner. It belonged to my aunt, a long time ago,” she asked to pay twice of a normal price, and these businessmen that came in the city to the conference agreed to pay everything, without showing their passports. It was a good deal for her. Yulia took that risk and signed an agreement with them. She will come early in the morning. Till that time they are willing to do everything they want, except loud noises, and smoking in the room.

Later, sitting in her own kitchen, she opened the old book and checked the info on visitors.

Apartment was rented by:

She is finishing this book and needs to buy a new one. Yulia quickly scrolled pages with her handwriting. It was a fair deal, with all of these names. They brought her vodka, and even whiskey sometimes, and she brought them… well, whatever they did there.

An old portrait of her aunt gazed at her from the wall, wanting to scream at her for all this love, sex, and hope that strangers received on her old sofa.

Hi guys! It is my experiment, a very strange one. We are all travelers here. We all had to find the place to live during our trips. The main hero of this story is not a human being. It is an old sofa! The sofa for nomads with many stories behind their shoulders.

The story is not finished yet… and you can choose the characters that will be developed… you can create this story with me.