“Travel is like love, mostly because it’s a heightened state of awareness, in which we are mindful, receptive, undimmed by familiarity and ready to be transformed. That is why the best trips, like the best love affairs, never really end.”

While working freelance online, I met a few foreigners and made some new friends. During that time In 2011 I met a nice guy from Macedonia. With no intentions of online dating, we continued talking and getting to know one another without putting our best foot forward. Just chatting it up with no walls. As time, and our relationship progressed we decided I would make a trip to the little southeastern European country, Macedonia. 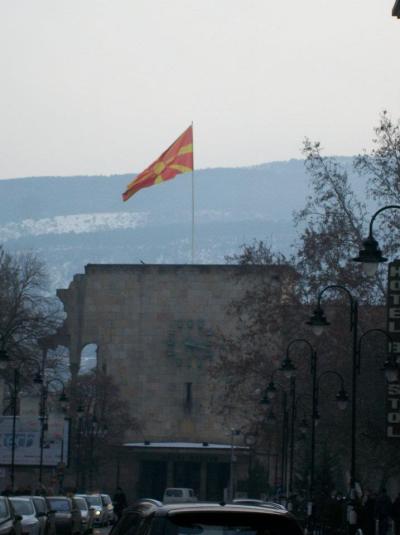 It was mid-February of 2012 and Macedonia was experiencing one of the harshest winters they had seen in about 20+ years. The extreme temperatures were below 25 degrees Celsius (-13 Fahrenheit), heavy snowfall and strong winds. From the time I reached the flight terminal in Austria, people were asking “Why are you here this time of year?” and “what are you doing here, the weather is so bad?” I did not know it at the time, but on February 8th alone (some days before my arrival), more than 80 Macedonian villages were completely isolated because of the snow, and the Macedonian Red Cross was hard at work to deliver assistance to at least 1,300 locals. They were alarming circumstances, but still, I was on my way to MKD.

“Love isn’t something you find. Love is something that finds you.” 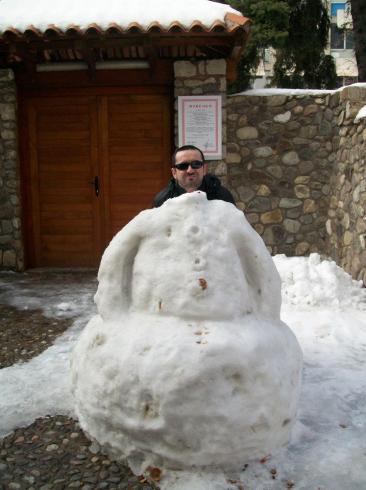 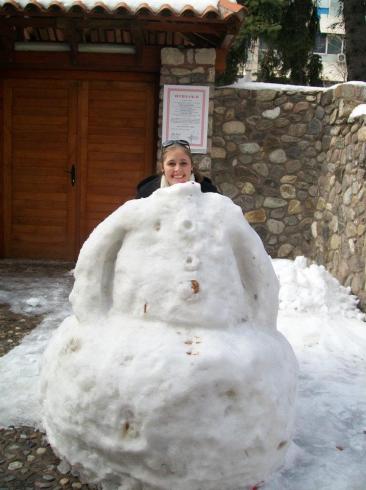 I arrived in the Skopje, Macedonia “Alexander the Great” airport late afternoon. I went to gather my luggage and then headed to the front desk so security could stamp my passport letting me into the country. It must be an American thing, but my passport picture was me with a soft smile. Just as in every other country, I end up at the security desk with a smile on my face that matched my passport picture. In Macedonia though, the guard looked long and hard at me, and my passport, and then back at me – and he had absolutely no smile written on his face. I lost mine pretty quick as I realized he must have been displeased with my lenient American passport photo. After a nerve-racking 1.5 minutes of a disconcerting look from the, I am sure very pleasant at heart, Macedonian airport officer, I was able to take my stamped passport and walk out into the main corridor of the airport.

My sweet Macedonian had not arrived yet to pick me up, but when he did, I knew it was him. Far down the walkway I could see a man nearly slide in the front entrance looking both ways in a hurry. With very few people around, I figured he could not be trying to find too many people, so I waved. He ran over and laid a kiss on me first thing. I was a bit taken back, but it was nice. He was obviously excited to see me! 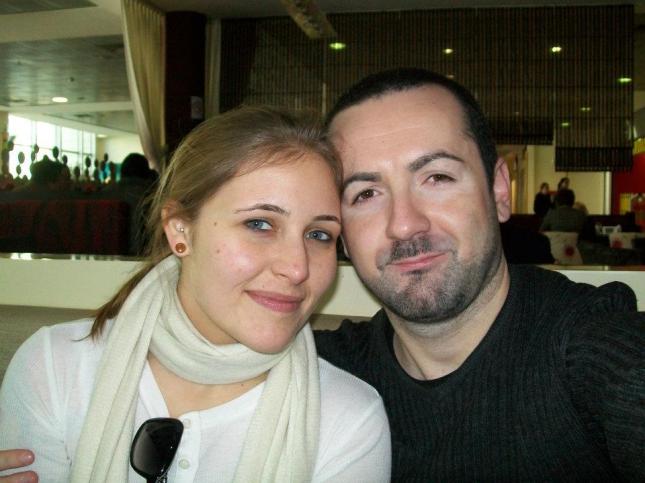 We stayed in Skopje for 3 days in a rented apartment near the center of the city. A cute little place with all the amenities we needed. Over the next 3 days and 2 nights, I met some of his friends and colleagues, walked around the city center, tried some new vegetarian foods, rode in my first double decker bus (yes, top level), and visited some neat landmarks including taking the cable car up to the Millennium Cross (Милениумски крст), and touring a memorial house of Mother Teresa, a replica of her childhood home. The streets of Skopje were just paved with history. It was hard to not get caught up in the thought that so much had happened here before (B.C.) and after (A.D.) Christ on the very streets I was walking. So many great men rode horses through this ancient city before America was even a destination on someone’s map. 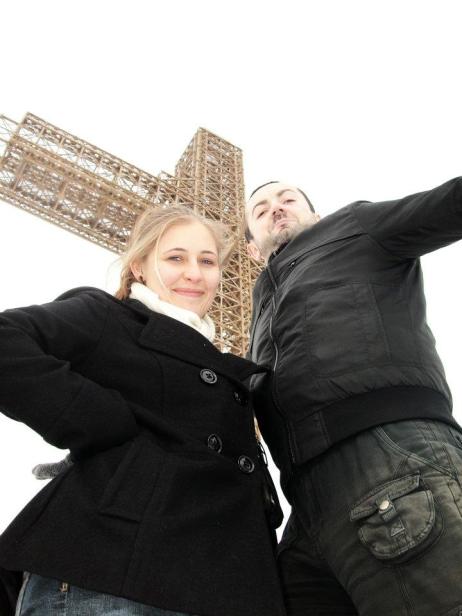 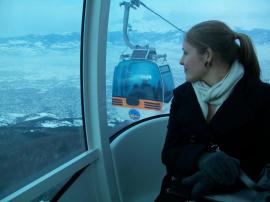 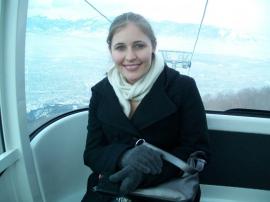 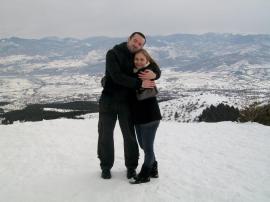 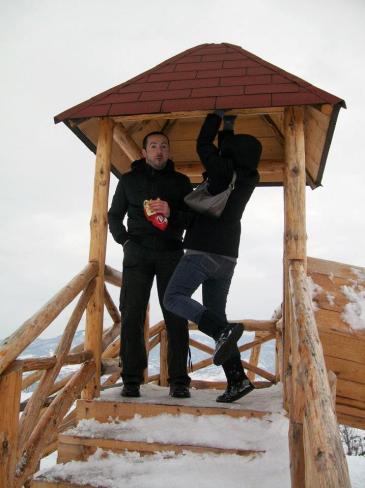 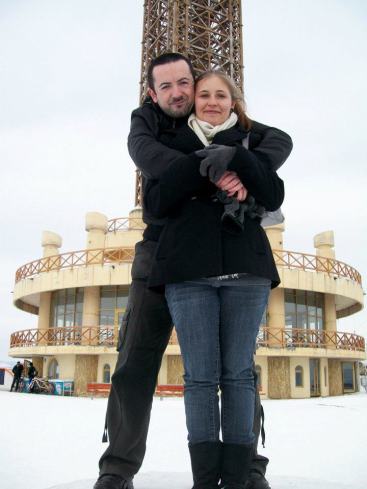 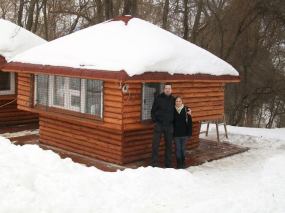 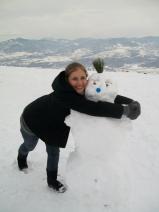 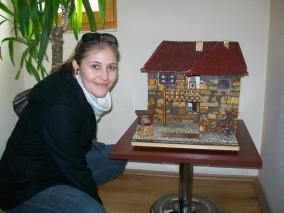 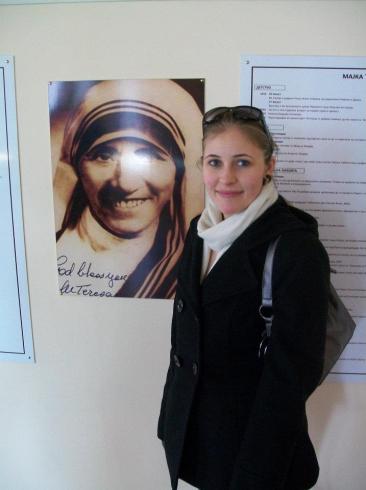 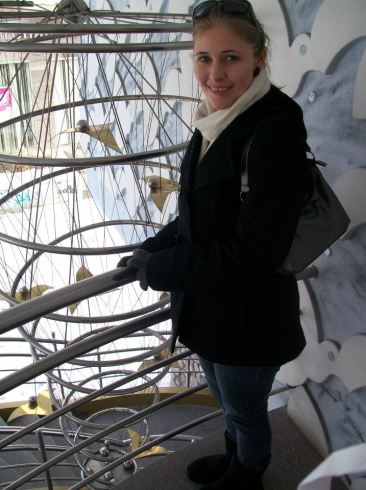 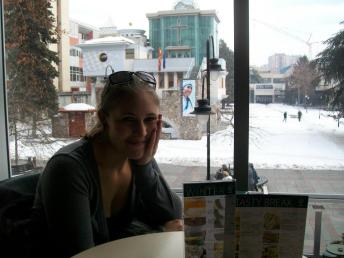 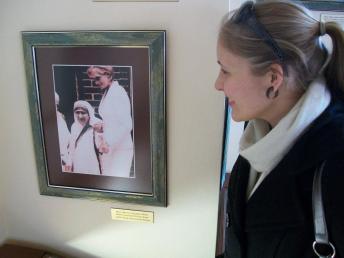 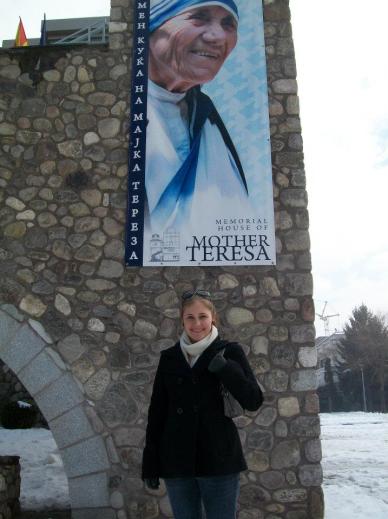 On February 19, in Skopje, it was a special man’s birthday! Dejan (my Mr. One in 2 Million) and I ate at a lovely Italian restaurant called Gino’s to celebrate. It was the best food, wine and company!! HAPPY BIRTHDAY! 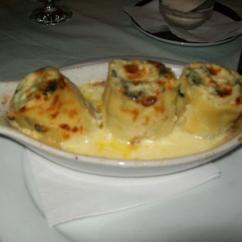 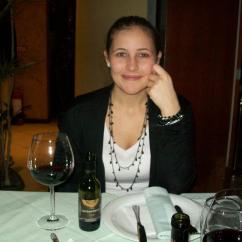 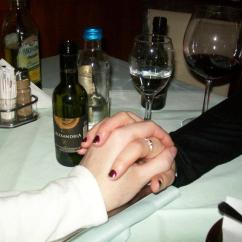 On day 4, it was time for my Macedonian partner and me to catch a bus to Prilep, Macedonia. Prilep is the place he lived and where I would meet his family for the first time. The bus ride was about 2 hours from Skopje to Prilep; when we arrived we caught a cab to his home. As soon as we pulled up, his father met us by the street and I gave him a quick hug while heading toward the house. Sometimes I forget not everyone is a hugger just because I am, but I went with it anyway! We placed our luggage in my dear’s house and then went downstairs to his parent’s home to greet his mom and grab a bite to eat. His parents did not speak any English, so our communication was limited verbally, but there was no mistake that I was more than welcome in their home. Love was pouring out in facial expressions and in food. Mmmm, the food. During dinner with his mom, dad, cousin, sister and brother-in-law I discovered some great soy food, a Mediterranean salad, homemade (by his father) white and red wine, and rakija. Rakija, pronounced “rock-kia,” is an alcohol comparable in my opinion, to ever clear in the U.S. It is served in a shot glass, but sipped not, not shot – glad I looked for that queue before drinking; that could have been embarrassing! The salad was fantastic and salty green pit olives are popular. After having an olive though, I realized I needed a better way to discretely remove the pit from my mouth. This realization came after the seed slipped out of my mouth, down my shirt, and landed snug in my bra….for the remainder of the evening. It was not until we went back to my love’s place that I removed it while he was out of the room. Yikes! As far as I could tell, no one saw my drooling fumble. 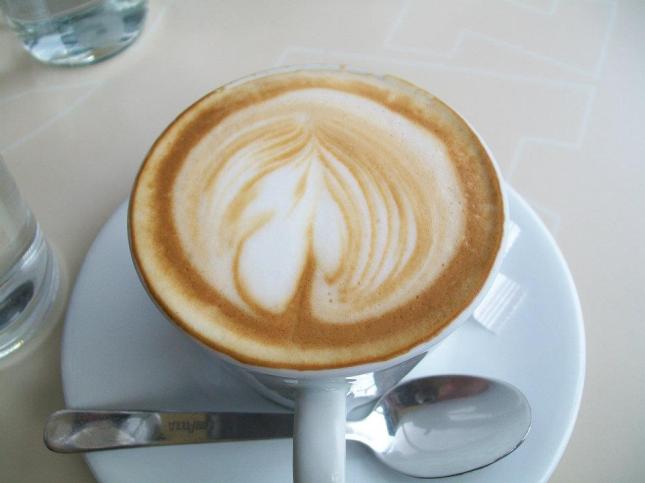 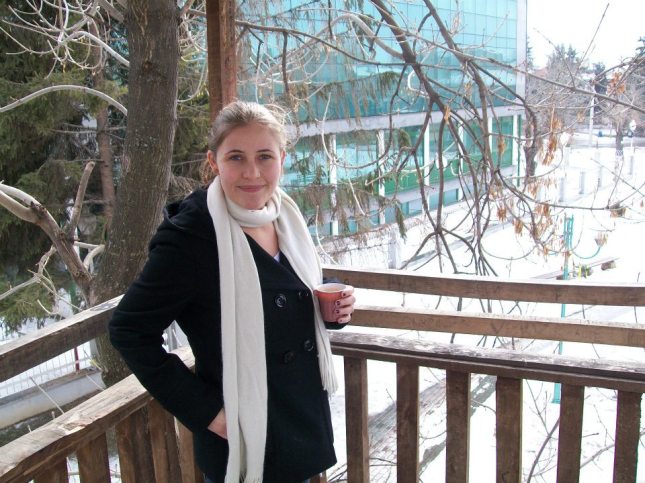 Since I was only staying one week in Macedonia, time flew by and on day 6 we were back on a bus, destination: Skopje. That night we hung out with a few of his friends at a cocktail bar, danced to techno music and drank. We stayed up all night until we had to make our way to the airport for my early flight to Austria the next morning.  Austria, then Chicago, and then back home to Oklahoma.

We had a nice time and grew closer together. It was a one week romance in Macedonia that would change my life forever. 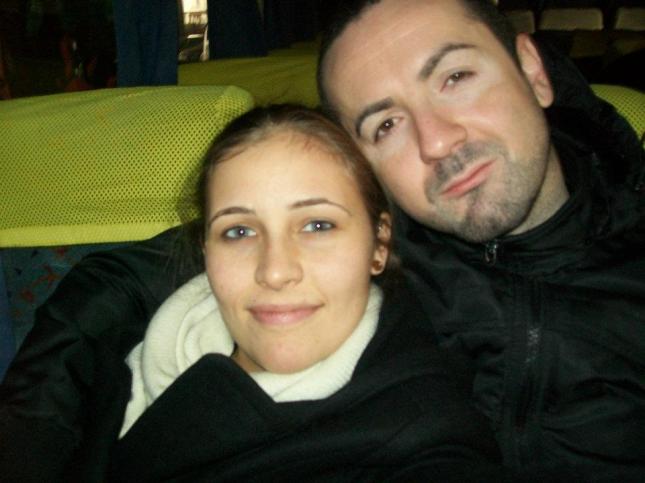 There were a few tears as the escalator took me up to the security check-in, but I knew that was not going to be the last time I saw my Macedonian love. I just didn’t know it would be 17 months later, after visas were issued and paperwork swarmed our lives that he would fly to the United States and we would be married on the sand in front of the Belmont Brewing Co. in Long Beach, California on August 6th, 2013. Oh the places life can take you! 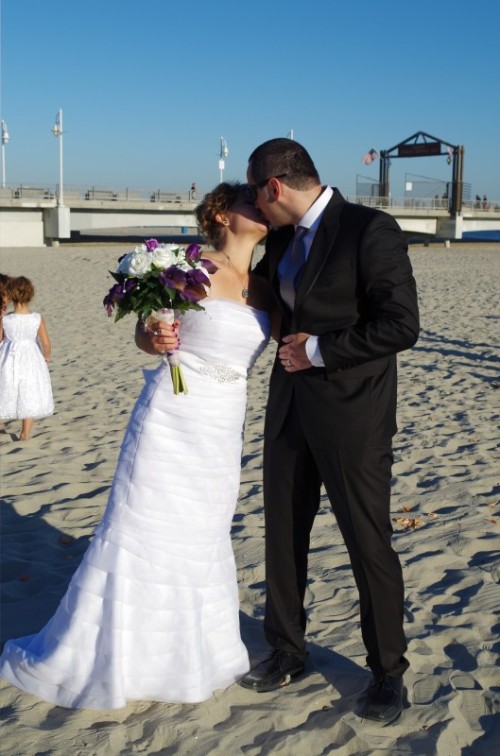